Fossil Fuels are Killing Us 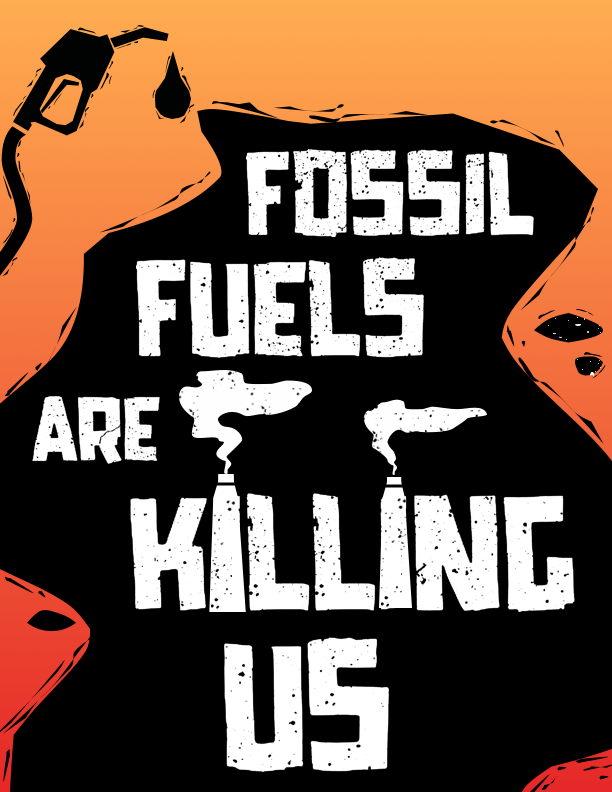 December 16th, 2020 was the first time air pollution was listed on a death certificate. Seven years after 9-year-old Londoner Ella-Kissi-Debrah’s death, a coroner ruled that her fatal asthma attack was caused by high levels of air pollution. In the part of London where Ella lived, air pollution levels consistently exceeded limits set by the WHO and the EU, and a WHO study finds that 9 out of 10 people breathe air with pollution that exceeds WHO guidelines. These high levels of air pollution are potentially deadly: breathing polluted air can cause or enhance breathing difficulties and asthma, like it did in the case of Ella Kissi-Debrah, as well as increase the risk of stroke, lung cancer, and even dementia.

While it was only a month ago that air pollution was first identified in an individual case as the cause of death, air pollution kills about 7 million people worldwide each year, a staggering number. In March, most of the world shut down significant parts of their economies and societies to stop the spread of COVID and keep death levels down. As I am writing this sentence, the death toll from COVID hovers just below 2 million, less than a third of the deaths caused each year by air pollution. And slashing air pollution and saving millions of lives would not even require actions as drastic as full economic lockdowns. But while governments were willing to reimagine society to slow the spread of COVID, they are unwilling to do so to prevent the burning of fossil fuels, even with more lives on the line.

Some might point the finger at countries like China and India for pollution. But anyone who makes this argument is misguided: The United States was the second-largest emitter of carbon dioxide in 2018, which typically coincides with other toxic emissions. Additionally, net carbon emissions do not tell the whole story, because the numbers overemphasize countries with larger populations. When comparing CO2 emissions per person, it becomes clear that people in developed economies like the US, Great Britain and Japan are, on average, emitting significantly more carbon dioxide than people in developing countries like China and India.

Another common misconception is that other countries bear the brunt of air pollution problems, such as how the sun in Shanghai glows from smog. The United States, again however, is not immune to the pandemic that is air pollution. In 2018 alone, 230,000 premature deaths in the US were linked to air pollution from fossil fuels, and our regional Air District estimates 3,000 such deaths from air pollution in the Bay Area. 3,000 people every year.

While air pollution is extremely harmful, burning fossil fuels literally kills us in other ways as well. As we release greenhouse gasses that cause global warming, natural disasters such as hurricanes, droughts and fires increase in frequency and severity. These natural disasters have massively negative impacts throughout the globe as well as throughout the US.  Over the past few years, hurricanes have wreaked havoc in places like Louisiana, Texas and Florida, killing hundreds of people and destroying livelihoods and neighborhoods.

And in the Bay Area, scientists’ general consensus is that the record number and severity of fires over the past few years is a direct result of climate change. As temperatures increase, more water evaporates, meaning that forests throughout the Bay Area become drier and more brittle. This means that the ideal conditions for fires manifest themselves earlier in the year and last later. It also means that fires burn faster and spread more rapidly. The end result is that over the past few years,fire season has become several months longer and the number of acres burned, property destroyed, and lives lost have significantly outstripped anything seen in the past.

The sooner we call fossil fuels for what they are: killers, the more appropriately we can move beyond them. STAY TUNED with 350 Bay Area for our 46 Days of Action to demand real climate action from elected officials up and down the ballot, along with other key targets. Use the ACTION Toolkit here!

For the health and safety of all living beings,