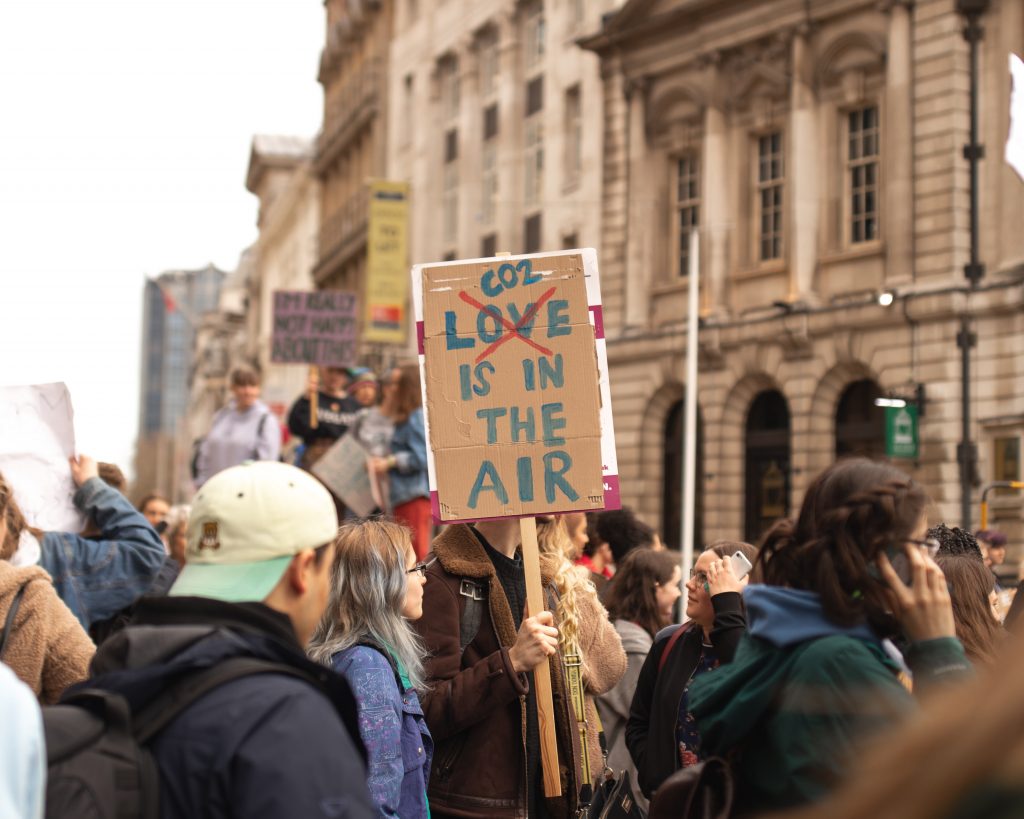 Carbon capture and storage (CCS) has become the darling of the Biden Administration as well as the fossil fuel industry hoping to continue its toxic emissions, and technology and engineering companies hoping to benefit from billions of dollars in federal money to develop and build CCS technology.  It is being hyped as the ideal solution for solving the climate crisis, while at the same time permitting us to continue spewing carbon dioxide emissions into the atmosphere, thereby avoiding drastic changes to our lifestyles.  But the hype obscures a darker truth, one that local leaders need to be aware of before being persuaded to permit CCS projects to be built in their communities.  This blog explains the drawbacks of CCS, and why communities need to push back against the development of such projects where they live, work and play.

What is Carbon Capture and Storage?

Carbon capture and storage involves trapping carbon dioxide at its emission source, transporting it to a storage location (usually deep underground) and isolating it. Here is a good introductory article from howstuffworks: How Carbon Capture Works | HowStuffWorks

The Biden Administration is Banking on CCS

The Biden Administration is relying on CCS as a necessary means to reduce greenhouse gas emissions (GHGs) in order to help solve the climate crisis. Indeed, the conventional wisdom is that we cannot meet the goals of the Paris Climate Accord without CCS as a part of the solution to global warming. The Bipartisan Infrastructure Bill that passed in November 2021 and was signed by Biden into law relies on this assumption, allocating roughly $3 billion to develop CCS technology. Even the stalled Build Back Better bill contained CCS allocations.

What’s Wrong With This Picture?

The premise that CCUS is a necessary—or even appropriate—approach to addressing the climate crisis as well as the pollution burdens borne by frontline communities is deeply flawed, as documented by the Center for International Environmental Law (CIEL) and the federal government’s own watchdog agency, the Government Accountability Office (GAO).

The CIEL Report, Confronting the Myth of Carbon-Free Fossil Free Fossil Fuels, Why Carbon Capture is Not a Climate Solution, proposes that CCS and CCUS technologies are not only unnecessary for the rapid transformation required to keep warming under 1.5°C (an international goal of the Paris Agreement) but they delay that transformation, providing the fossil fuel industry with a license to continue polluting. This report provides a detailed exploration of the topic:

The GAO released a report in December 2021 that is also highly critical of CCUS as a viable solution for reducing greenhouse gas emissions. The report highlights the following Fast Facts:

As a result, DOE spent almost $300 million more than planned on four facilities that were never built. (emphasis added)

The GAO looks at issues from the standpoint of a business model and not from the standpoint of feasibility, but even within those limitations this report is very damning.  Rather than operating on the assumption that CCS is a viable technology, the Biden Administration needs to follow the science and the facts. The federal government should not waste billions of dollars on a technology that is likely doomed to failure and will not mitigate the climate crisis. That money could be better used elsewhere. While it may be too late to prevent expenditure of the funds already allocated for CCS in the Bipartisan Infrastructure Bill, it is imperative that climate activists prevent more money from being wasted until and unless future CCS projects are proven to work as intended and are not prohibitively expensive.

CCS technologies require carbon dioxide (CO2) to be transported, usually by pipeline, for permanent and verifiable sequestration. The research, development, and buildout of these technologies will take years, if not decades, to implement. Meanwhile, the latest report from the IPCC, issued April 4, 2022, indicates that greenhouse gas emissions are continuing to rise, and without immediate and deep emissions reductions across all sectors, limiting global warming to 1.5 degrees C is beyond reach. Though we have options, this requires “a substantial reduction in fossil fuel use, widespread electrification, improved energy efficiency, and use of alternative fuels (such as hydrogen).”

A previous IPCC report, issued Feb. 28, 2022, warned the United Nations that we are NOT on target to avert catastrophe, and that the climate crisis could soon overwhelm the ability of both nature and humanity to adapt. In view of this evidence, and the excessive timeline for developing CCS technologies, the federal government should be investing in more effective and efficient means to reduce greenhouse gas emissions.

Given the dire warnings in the IPCC reports, it is crucial the federal government invest in carbon sequestration methods that work and do not require decades to develop. We do not have decades left to address the climate crisis.

CCS is Environmentally Destructive and Will Harm Vulnerable Communities

The Biden Administration has frequently stated that one of its goals is to maximize the benefits of decarbonization and ensure that underserved communities benefit equitably from the transition to a clean energy system. See, for example, the Long Term Strategy of the United States, Pathways to Net-Zero Emissions by 2050, published in November 2021, pp. 17, 19, 50, 51, & 54

In addition, the White House Council on Environmental Quality, which is in the process of crafting regulations governing CCS, has said it recognizes the imperative for CCS actions to be considered in a timely manner and in the context of a strong regulatory regime that includes early consultation with Tribal Nations and meaningful engagement with communities, stakeholders, and other sovereigns.

However, CCS requires the development of massive pipelines across the country, which are environmentally destructive to Tribal Nations and communities through which they would need to be built. These pipelines would transport captured carbon hundreds of miles to underground storage sites. To do this, the government will have to take, by eminent domain, properties that are in Tribal lands or have been in families for generations, with no guarantee they will be safe in the event of a leak or pipeline rupture. This is unacceptable, and communities are fighting back. See this article, for example: Pipeline Fighters Hub

President Biden pledged to assist vulnerable communities that already suffer serious adverse health effects from industrial pollution. This pledge will be meaningless if CCS pipelines are built through the same communities where industrial facilities already exist, which historically have been low income communities of color.

CCS is Extremely Dangerous in the Event of a Pipeline Leak: C02 Leaks are Deadly

Carbon dioxide is extremely dangerous if there is a pipeline leak. Already, one such leak has occurred in the United States. A CO2 pipeline leaked in Satartia, MS, in February 2020, nearly suffocating residents. First responders had no emergency training to deal with such a leak, not knowing that compressed, leaked liquid CO2 creates a dense white cloud that stays close to the ground, displacing oxygen and potentially killing people through asphyxiation. For more, see this Huffington Post article: Gassing Satartia: Carbon Dioxide Pipeline Linked To Mass Poisoning

In 1986, CO2 escaped from a lake in Cameroon and killed roughly 1,700 people, plus every living creature in its wake, even insects. This incident was not caused by a pipeline leak, but does illustrate just how dangerous CO2 can be if massive amounts leak from any source. Read about it in this History.com article: Gas cloud kills Cameroon villagers

If CO2 were to escape from either a pipeline or underground sequestration storage site, it could kill every living being within its proximity. What guarantees do we have that CO2 will not escape from storage locations? None. Currently, there are no mechanisms in place to ensure a leak will not occur.

There also is a significant danger from pipelines carrying CO2 should water get into the pipes. According to a report prepared by Accufacts, Inc. for the Pipeline Safety Trust, free water forming in those pipelines could corrode and potentially rupture them, with disastrous consequences for people and the surrounding environment.

CCS Should Not Be Permitted To Perpetuate the Fossil Fuel Industry

CCS is currently not widely used in the United States, but where employed, it is designed to perpetuate the fossil fuel industry, such as in enhanced oil recovery (EOR) operations  Given the warnings in the latest IPCC reports that the time is now for drastic reductions in fossil fuel infrastructure and a conversion to clean energy, CCS, if used at all, should not be a tool for the perpetuation of a toxic industry that has caused and continues to exacerbate the climate crisis. Oil companies should therefore be prohibited from using captured CO2 for all forms of EOR.

Let’s face it. The fossil fuel industry has been lying to us about climate change for decades. Its promotion of CCS as a solution to the climate crisis is just one more chapter in its desperate campaign to keep its industry alive when it really needs to be dismantled in its entirety.

As an article in YaleEnvironment 360, published at the Yale School of the Environment in 2014, states, quoting Chris Jones, a chemical engineer who was working on CCS at the Georgia Institute of Technology: CCS “will perpetuate fossil fuel use and may prove a wash as far as keeping global warming pollution out of the atmosphere. Then there are the risks of human-caused earthquakes as a result of pumping high-pressure liquids underground or accidental releases as all that CO2 finds its way back to the atmosphere.”

The article goes on to say that “the expansion of enhanced oil recovery remains the main front in an intensifying effort to more broadly adopt CCS technology and reduce its price, which is currently the major impediment to its deployment.

Overall, this article from Yale Environment 360 views CCS as a potential tool for pulling carbon out of the atmosphere. However, even its generally pro-CCS stace points to the drawbacks in using this type of technology, due to its limited efficacy and cost.

There are other, far better and more effective ways to pull carbon out of the atmosphere.  See Section 7 below.

Federal Funding for CCUS is Finite

The bipartisan infrastructure bill passed in November 2021 allocates some $3 billion for CCUS research and development. This is a finite source of funding. What will happen to these massive pipelines when federal funding ends? Who will maintain pipelines that are vulnerable to corrosion and rupture? Who will ensure that underground storage facilities are secure for decades to come so that a catastrophic leak will not occur ? What happens if a company that owns these pipelines goes bankrupt? These are questions that need to be addressed before any CCS infrastructure is built.

We already have a serious problem in this country with abandoned oil wells leaking methane, many formerly owned by now bankrupt oil companies, and there is no entity in charge of capping these leaks. We must not repeat the same mistakes with CCS.

Nature-based solutions to sequester carbon exist and are proven, while costing far less than CCS. These include the restoration of forests, grasslands, wetlands, peatlands, and kelp forests.

1-Carbon Capture Utilization and Storage, or CCUS, is similar and sometimes used interchangeably with CCS, though CCUS usually refers to carbon capture as a means to facilitate Enhanced Oil Recovery (EOR), an umbrella term for the use of pressurized CO2 injected into existing oil and gas reservoirs to squeeze out more oil.

2-For additional information critical of CCS as well as “blue hydrogen,” see this video, presented by Better Path with speakers Mark Jacobson and Sandra Steingraber.